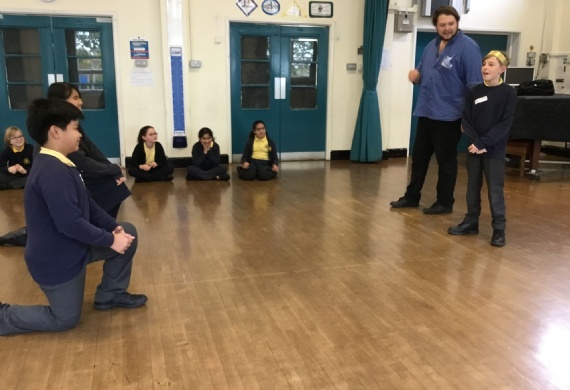 This term, Year 6 have been studying William Shakespeare. He is a renowned author, well-known for his funny, thrilling and romantic stories. Year 6 first focused on his play, 'The Tempest', where they created character maps in English and painted a dramatic storm scene titled 'Prospero's storm' in art.

They also looked at the story, 'Macbeth'. A workshop relating to this famous tale, took place in the hall where children were able to re-enact scenes from the perspective of different characters. Following these workshops, they were invited to watch a dramatic retelling at the local theatre.

Finally, they looked at 'Romeo and Juliet' and published newspaper articles about a heated fight between the Montagues and Capulets.

Shakespeare's tales have been extremely engaging and the children were excited to learn something new in such a creative way.