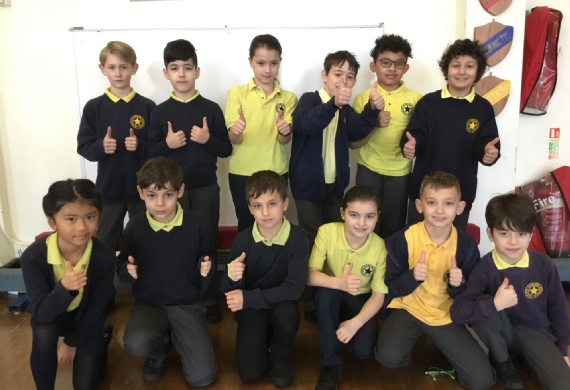 Children from Year 4 took part in a football tournament.

Eleven boys and three girls from Year 4 entered a football tournament against other schools in Barnet. Both teams had been eager to train and practise in the weeks prior to the event and this was evident in their play as they took to each match with confidence.

The children had discussed how they wanted to play with a philosophy of being confident on the ball: wanting to run with it, beat defenders, shoot and score goals. They decided that, although they would never criticise any player for dribbling with the ball or trying a creative piece of skill, they wanted to improve their decision making: when to pass, when to shoot, when to dribble.

Both teams were fortunate enough to reach the knock-out stages of the tournament by winning their groups. Overall, one team managed to win and the other team came third.