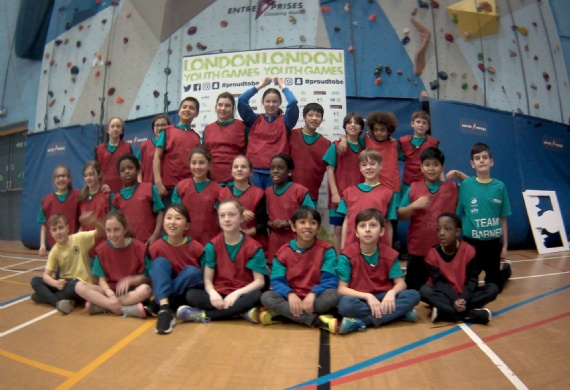 The Year 5 and 6 athletics team represented Barnet in the London Youth Games.

Each year, the Barnet schools compete against each other across a variety of sports. The best team in each competition then has the honour and privilege to represent Barnet in the London Youth Games against the other boroughs in the city.

For the second year in a row, Garden Suburb Junior School beat off the competition to represent Barnet in the Sportshall Athletics. 25 boys and girls in Years 5 and 6 travelled to Harrow and competed in a variety of track and field events. Well done to everybody, who trained hard in the lead up to the event and did their absolute best on the day.

Particularly well done to Mofe for scoring a massive 65 on the speedbounce - the highest of anyone on the day - and Jonas, for the best javelin throw of 20 metres.